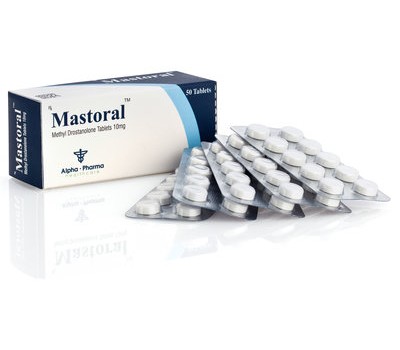 Methyldrostanolone, also known as methasteron, is a potent oral anabolic steroid that was never sold as a prescription drug. In structure, this steroid is a close derivative of drostanolone (Masteron). The only difference in this case is the addition of a c-17 alpha methyl group, a modification that gives this steroid high oral bioavailability. The two agents remain very comparable, however. Both methyldrostanolone and drostanolone are non-aromatizable, so there is no difference in the estrogenicity of these two steroids, and both steroids retain favorable anabolic to androgenic ratios. Lab assays do put Superdrol ahead here, however, showing it to possess 4 times the anabolic potency of oral methyltestosterone while displaying only 20% of the androgenicity (a 20:1 ratio, compared to 3:1). The exact real-world relevance of these figures remains to be seen, however. Methyldrostanolone is favored by athletes for its moderate anabolic properties, which are usually accompanied by fat loss and minimal androgenic side effects.

Methyldrostanolone was first described in 1959. This steroid was developed by the international pharmaceuticals giant Syntex, alongside such other well known anabolic agents as drostanolone propionate and Oxymetholone. Unlike drostanolone and oxymetholone, however, this steroid (at least in its basic form) was never released as a medicinal product. It was only sold for a brief period of time as a modified hormone called dimethazine. Dimethazine is made from two molecules of Methyldrostanolone that are bonded together, which are later metabolically separated to yield free Methyldrostanolone.

The drug was being sold without restrictions as a nutritional supplement product, barring some minimum age disclaimers by the manufacturer. No State or Federal laws identify this drug as an anabolic steroid, which remove the legalities associated with being a Class III controlled substance like other steroids. This is simply due to the fact that methyldrostanolone was not in commerce at the time such laws were written, and was unknown to lawmakers. It was never legal to sell as a dietary supplement, however, and in late 2005 the FDA angrily acknowledged methyldrostanolone was being sold on the sports supplement market. In early 2006, the FDA sent letters to the manufacturer and a distributor demanding it be pulled from commerce. Superdrol has since been discontinued.

Methyldrostanolone is not aromatized by the body, and is not measurably estrogenic. An anti-estrogen is not necessary when using this steroid, as gynecomastia should not be a concern even among sensitive individuals. Since estrogen is the usual culprit with water retention, methyldrostanolone instead produces a lean, quality look to the physique with no fear of excess subcutaneous fluid retention. This makes it a favorable steroid to use during cutting cycles, when water and fat retention are major concerns.

Methydrostanolone was never approved for use in humans. Prescribing guidelines are unavailable. An effective dosage of methyldrostanolone for physique or performance-enhancing purposes seems to begin in the range of 10-20 mg per day, taken for no longer than 6 or 8 weeks. At this level it seems to impart a measurable muscle-building effect, which is usually accompanied by fat loss and increased definition. Don't expect to gain 30 pounds on this agent (its name, which is short for "Super Anadrol" is more marketing than reality), but many do walk away with more than 10 pounds of solid muscle gain when using this agent alone. In determining an optimal daily dosage, some do find the drug to be measurably more effective when venturing up to the 30 mg range. Potential hepatotoxicity should definitely be taken into account with such use, however.

To avoid further escalating liver strain, 20 mg daily of daily of methyldrostanolone is sometimes stacked with a non-toxic injectable steroid, such as testosterone for mass-building phases of training, or nandrolone or boldenone for more lean tissue gain and definition, instead of simply increasing the dosage.The drug also works well in cutting cycles,where its lack of estrogenicity is highly favored. Often it is combined here with a non-aromatizable Injectable steroid like Primobolan or Parabolan.

Methyldrostanolone was never approved for use in humans. Prescribing guidelines are unavailable. In the athletic arena, an effective oral daily dosage would fall around 2.5 mg per day, taken in cycles lasting no more fhan 4-6 weeks to minimize the chance for virilization. The main point of contention with females is probably going to be the 10 mg per capsule dosage, which is far too high to use. Application would require opening each capsule and splitting the powdered contents up into 4 separate doses. As with all steroids, virilization is still possible. 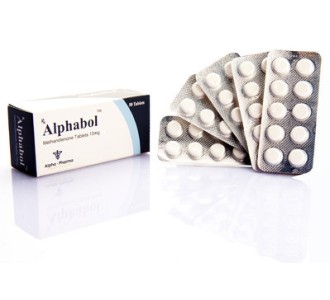 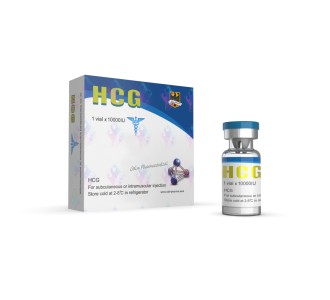 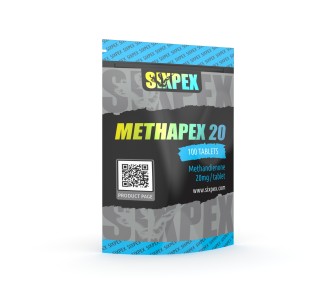 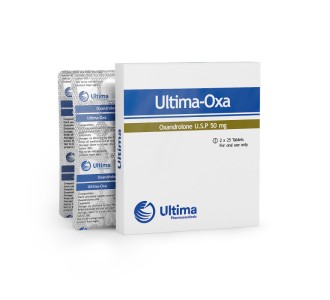