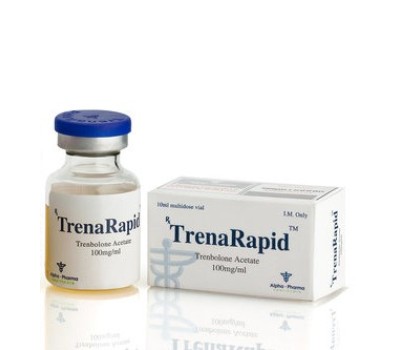 TrenaRapid is an injectable steroid made by Alpha Pharma, its active substance is Trenbolone Acetate.
TrenaRapid is, without a doubt, the most powerful injectable anabolic steroids to gain muscle. However the full properties of this steroid are not always fully understood. Trenbolone is similar to the highly popular steroid Nandrolone, in that they are both 19-nor steroids, meaning that a testosterone molecule has been altered at the 19th position to give us a new compound.
Trenbolone Acetate is often considered the ideal muscle-building compound that can be utilized by strength athletes and bodybuilders. Its appeal is that it is strong androgen but has no estrogenic activity. This combination, along with the fat-burning properties of the drug that will be detailed later, makes it a potent compound that offers several advantages. These advantages however are tempered by some serious consequences if used improperly.

TrenaRapid can affect muscle growth in several different ways, making it one of the best compounds for both maintaining and adding quality muscle mass. First, it can greatly increases the level of IGF-1 within muscle tissue. It also causes muscle satellite cells, those responsible for repairing damaged muscle fibers, to be more sensitive to IGF-1 and other growth factors. The amount of DNA per muscle cell may also be significantly increased by using trenbolone.
TrenaRapid has an extremely strong binding affinity for the androgen receptor as well, even surpassing that of testosterone. This of course supports the assertion that Trenbolone is extremely anabolic as by binding to the androgen receptor a compound is able to activate the anabolic mechanisms that are dependent upon the androgen receptor, one of the many ways that anabolic steroids aid muscle growth. Like most other anabolic steroids, TrenaRapid also increases nitrogen retention in muscle tissue. However a rather unique characteristic of the drug is its anti-catabolic abilities. Trenbolone binds with the receptors that interact with glucocorticoid hormones, these being catabolic hormones. By being able to inhibit cortisol and some other catabolic hormones in the body trenbolone is ideal for those users that are attempting to reduce body fat as the compound will help to minimize muscle wasting when running a calorie deficit.

Due to the fact that Trenbolone is manufactured for the sole purpose of use in animals, there are a few studies that address its potential effects in humans. Therefore it should be noted that the effects and safety of trenbolone for human use are being extrapolated from animal studies. This is not to say that nothing can be learned from animal-based research, but the findings of these studies are simply not one hundred percent transferable to use in humans.
Despite this caution, TrenaRapid does have tremendous results with commercially raised livestock and these results have led countless strength athletes and bodybuilders to experiment with the compound. Most often it is the concept of "feed efficiency" that is cited when people expound the virtues of TrenaRapid. Basicallythe concept refers to the ratio of feed that results in meat from the animal that can be sold commercially. TrenaRapid has been shown in countless studies and real world use to add muscle to livestock without any changes in diet. This improved feed efficiency is a result of trenbolone's ability to have the body more efficiently process and use the feed given an animal, as well as utilizing the vitamins and minerals ingested at a greater rate. This is exactly what a user would hope for in a compound and anecdotally users of TrenaRapid have reported that the compound does indeed deliver on its potential, providing the user with dramatic gains.

Like other steroids that are extremely androgenic, TrenaRapid offers several advantages for a user. First, due to the androgenic nature of the drug a user can expect a large increase in their strength. This makes the compound extremely popular with strength athletes. However bodybuilders looking to reduce their body fat also find that TrenaRapid can help them achieve their goals as well. This ability to help in the reduction of body fat stems from the drug's affinity for binding to the androgen receptors. These androgen receptors are located in, among other places, fat cells. When these androgens bind to the androgen receptors they can affect these cells and increase fat-burning. When this is combined with the fact that TrenaRapid has a cortisol reducing effect along with the ability to bind to the glucocorticoid receptor, it can be understood why this compound is so highly touted for dieting and the reduction of body fat.

As for the ester of Trenbolone Acetate, acetate is a relatively short-chain ester. It has an active life of two to three days. Ideally a user would use daily injections to keep blood levels of the compound fairly stable, however injections every other day will suffice. The acetate ester provides a rapid and high concentration of the hormone which is beneficial to those seeking quick gains, and coupled with a rapid clearing time the acetate ester can be discontinued on the onset of adverse side effects without having to wait days or even weeks for it's effects to diminish.
In terms of cycle length, due to the liver toxicity associated with TrenaRapid most inexperienced users will limit their use of the compound to about eight to ten weeks. However, like most compounds, more experienced users have stretched these limits to accommodate their goals. However if a user chooses to extend their use of the compound for lengthy periods of time it is imperative that kidney and liver values are monitored to ensure that no damage to the organs is being done.

Dosages for users are highly dependent on how they react individually to the compound. Many users anecdotally report that side effects are minimal if doses are kept at certain levels but can turn rather harsh if doses are increased even slightly. For this reason it is important that inexperienced users start with low doses of the compound to judge their reaction to it. 50 mgs per day is often cited as the standard starting point for most. However doses even lower than this, such as 75mgs every other day, are used by some with good results.

SIDE EFFECTS:
TrenaRapid does not exhibit any estrogenic activity and therefore estrogenic side effects are not a concern with this compound. It is also resistant to the 5 alpha reductase enzyme, but this is of little comfort to a user as trenbolone is already of the most androgenic drugs in common use by steroid users. For this reasonandrogenic side effects should be expected by most users that undertake a cycle of this drug. Prostate enlargement and oily skin/acne are commonly reported by users. As well anecdotally many users have reported that TrenaRapid is one of, if not the, harshest compound for losing one's hair. If a user is genetically predisposed to male pattern baldness he may want to avoid trenbolone.

Having listed the harsh androgenic nature and side effects associated with trenbolone, it should come as no surpirse that women are not recommended to use this compound. The usual virilizing effects such as deepening of the voice, body/facial hair growth, and enlargement of the clitoris, among others are likely to cause problems for female users. These effects can appear at even relatively low doses. Trenbolone is not a compound that women should attempt to administer.

Now due to the lack of estrogenic side effects associated with trenbolone it would seem that users would have little to worry about in terms of side effects like gynecomastia, water retention, etc. However TrenaRapid is a progestin, meaning that it has the ability to bind to receptors of the female sex hormone progesterone. Also, like other 19-nor compounds trenbolone increases prolactin levels. Side effects related to these reactions can include breast growth and lactation. To prevent these side effects as they relate to increased prolactin levels a user can use several compounds including bromocriptine, vitamin b6, and/or cabergoline. Letrzole can also be used to lower progesterone levels. It should also be noted that trenbolone lowers thyroid levels temporarily which in turn raises prolactin levels. It is therefore advisable that users may want to use the compound T3 to combat this effect in part. 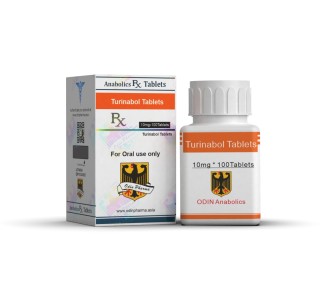 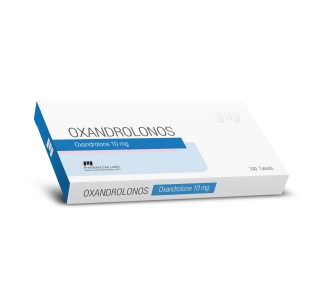 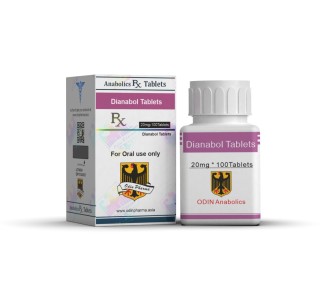