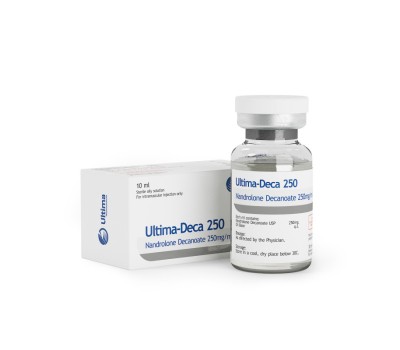 Ultima-Deca – popular in weightlifting and bodybuilding, injectable anabolic with Nandrolone Decanoate as active substance. The steroid, in addition to a significant anabolic effect of weight gain, is known for very low incidence of side effects.

Ultima-Deca – a long-acting drug from Ultima Pharmaceuticals manufacturer. Such anabolic steroids differ by weak androgenic effect (30%) and a relatively high anabolic activity (150% of testosterone). The half-life of the active substance on average lasts for at least two weeks.

Buying steroids with nandrolone as the active substance for the first time could be done in the 60s. The product is produced in two forms: Nandrolone Decanoate and Nandrolone Phenylpropionate. Since then, thanks to the marked safety of this anabolic and minimum rollback, the drug for a half-century is considered a key means of anabolic effects. In addition to athletics and bodybuilding, Ultima-Deca is also used in medicine: in severe trauma, anemia, stunted growth caused by growth hormone deficiency, breast cancer prevention in women, etc.

- significant, but a set of smooth muscle with minimal recoil phenomenon (increase to 8 kg of muscles per year);
- strengthening ligaments (by stimulating the synthesis of collagen) and bone (steroid used for osteoporosis treatment);
- increase joint lubrication products and the elimination of joint pain as a result;
- strengthening the immune system;
- increase endurance by improving oxygen transport;
- improved digestion (intestinal absorbability nutrients and amino acids).

Since Ultima-Deca is characterized by low androgenic activity, this steroid cycle is not accompanied by such “sides” as baldness, excessive fat, acne, high blood pressure, etc. In addition, gynecomastia, water retention and other estrogenic side effects are also virtually eliminated: studies have shown that the level of Ultima-Deca conversion to estrogen is lower than that of testosterone by 5 times. However, in combination with other steroids (e.g. strong androgens) and at excessive dosages the occurrence of side effects is still possible. It is therefore important to build up a cyle and calculate the dosage of the drug.

How to Use Ultima-Deca: Dosage, Cycle

The recommended single dose of the drug for men is 200 mg per week. Women should limit the dose by 50-100 mg (once in 1-4 weeks).
Ultima-Deca cycle it is desirable to start with a small dosage (50 mg), gradually increasing it. The maximum permissible dose is considered to be 600 mg per week.
Ultima-Deca cycle duration on average between 8 – 10 weeks. If the cycle is for a longer period, the use of human chorionic gonadotropin – a prerequisite.
To resolve progesterone activity of Ultima-Deca, during cycle you should to include Dostinex. It should be taken, since the second week (1.25 mg – 2 times a day) and ending after 2-3 weeks from the date of the last injection.
Use Clomid as necessary, since the last week of Ultima-Deca cycle. It should be taken with a gradual withdrawal, within 2-4 weeks by 50-100 mg.

Also, for combined Ultima-Deca cycles can buy Winstrol, or Dianabol. There is even a “gold standard” in the bodybuilding and weightlifting, on a combination of Deca and other steroids.

In general, Ultima-Deca is often used not only mass gaining cycles but also during drying period low androgenic cycles etc. Remember to consult your doctor before combining anabolic steroids.

Ultima-Deca reviews are often positive thanks to the minimum possibility of side effects and the missing phenomenon of rollback. Despite the marked set of smooth mass, its quality are satisfied with not less than 87% of the interviewed athletes. In addition, 77% of athletes and bodybuilders believe that Ultima-Deca prices are quite fair. These factors, plus anabolic good compatibility with other steroids steroid ensured its fame. 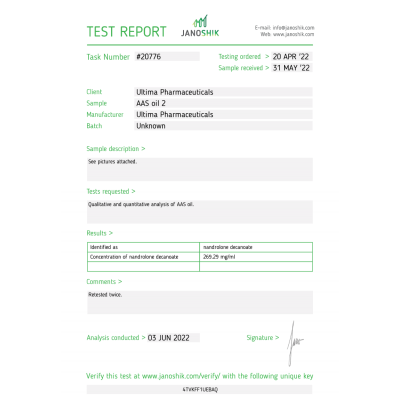 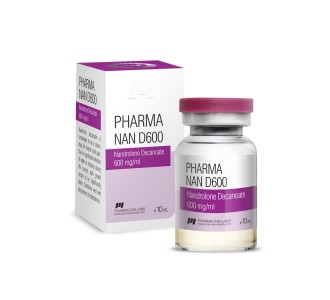 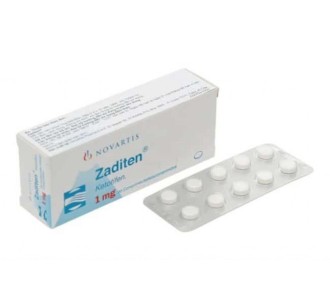 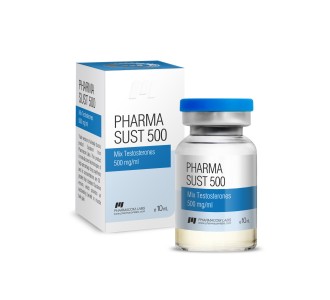