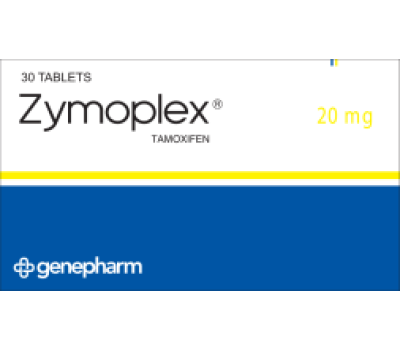 Brand:
Genepharm
Availability:
Out Of Stock
$55.00
0 reviews Write a review

Overview and History of Nolvadex

Nolvadex (Tamoxifen) belongs to a category and class of drugs known as selective Estrogen receptor modulators (SERMs). Selective Estrogen receptor modulators belong to an even broader class of drugs known as anti-estrogens. The other subcategory of drug under the anti-estrogens category is known as aromatase inhibitors (AIs), such as Aromasin (Exemestane) and Arimidex (Anastrozole). AIs and SERMs make up anti-estrogens. Aromatase inhibitors differ greatly from SERMs in their action and how they deal with the issues of estrogen control. The misunderstanding that SERMs, such as Nolvadex and Clomid, serve to lower estrogen levels must first be addressed before delving into any further details.

This is a persistent rumor among the anabolic steroid using community that has begun to erode as of late, but the rumor still persists. SERMs serve to block the action of Estrogen at the receptor sites in breast tissue by occupying the receptor sites in place of Estrogen so that Estrogen itself cannot exert its effects there through receptor site binding. Conversely, SERMs will also act as Estrogens at receptor sites at other cells in other areas of the body (the liver, for example in Nolvadex’s case). SERMs do not lower circulating levels of Estrogen in blood plasma. Aromatase inhibitors serve to do this by eliminating the production of Estrogen through binding to and disabling the aromatase enzyme, which is the enzyme responsible for the conversion (or aromatization) of androgens into Estrogen.

Nolvadex is specifically a non-steroidal SERM belonging to the triphenylethylene family of compounds that exhibits both Estrogen agonist and Estrogen antagonistic effects on the body. This means that although Nolvadex might block the effect of Estrogen at the cellular level in certain tissues, it can enhance Estrogenic effects in other areas of the body. These can be positive effects as well as negative effects. Nolva exhibits Estrogenic effects in the liver, for example, which for all intents and purposes is a positive effect, as its effects here result in a positive change in cholesterol profiles (something desired by many). The area of concern with Nolvadex is particularly in breast tissue, where it serves to act as an anti-Estrogen in this area (and a very strong one at that).

This is where it is utilized in medicine, as a first-line treatment in Estrogen-responsive female breast cancer patients. It is even utilized in females that do not possess breast cancer, but are known as being in a high risk category (due to hereditary genetics or otherwise) as a preventative measure. It is through its medical application that one can easily see how such a compound would easily attract the anabolic steroid using bodybuilding and athletic community, as one of the more prominent concerns among anabolic steroid users is that of the Estrogenic effects caused by the use of aromatizable androgens (such as Testosterone, Dianabol, Boldenone, etc.), mores specifically: gynecomastia (the development of breast tissue). If gynecomastia is left unchecked, it can develop and grow beyond a reversible point whereby the only option for removal is that of surgery.

Nolvadex (Tamox) possesses other very desirable effect, such as its ability to increase circulating levels of endogenous gonadotropins Luteinizing Hormone (LH) and Follicle Stimulating Hormone (FSH), and through this, increasing the endogenous production of Testosterone. This is a perfect example of the mixed Estrogen antagonistic and agonistic properties of Nolvadex, where it works to block the ability for Estrogen to bind to receptors at the hypothalamus. This results in the manipulation of the negative feedback loop of the HPTA (Hypothalamic Pituitary Testicular Axis), and results in the increased output of gonadotropins (the hormones that signal the testes to begin or increase the output of Testosterone production). It is for this reason that Nolvadex is considered an absolutely essential component of a PCT (Post Cycle Therapy) program during the weeks following anabolic steroid use in order to restore the function of endogenous Testosterone production. Nolvadex’s effect in these aspects will be further covered in detail in this profile.

ICI first designed and created Nolvadex (Tamixofen) in 1962, and shortly afterwards was released onto the prescription drug market in the United States. What is interesting is the fact that Nolvadex’s first applications in medicine was for the treatment of female infertility. However, after various clinical testing, Nolvadex was found to be highly effective in the treatment of breast cancer patients in 1971. In 1977, Nolvadex was finally approved by the FDA for the purpose of breast cancer treatment. 1988 was the year in which the FDA further approved the use of Nolvadex as a preventative treatment and measure for individuals with a high potential for the development of breast cancer who have not yet developed it. The rest his history, and Nolvadex and its uses has spread internationally ever since its creation where thousands upon thousands of different brands and generics of Nolvadex have been manufactured and utilized. AstraZenica, however, in 2006 ceased production of the drug in the United States, and while this major brand name is no longer available in America, Nolvadex continues to be utilized as an effective breast cancer medication under different generic brand names.

Nolvadex (Tamoxifen) is a non-steroidal selective Estrogen receptor modulator (SERM) that possesses both mixed agonistic as well as antagonistic properties in relation to Estrogen in different areas of the body. Nolvadex belongs to a family of compounds known as triphenylethylene compounds, of which Clomid (Clomiphene Citrate) is also a member of, and a very closely related compound to Nolvadex.

This is very promising news for anabolic steroid using individuals that wish to eliminate and reverse formulating gynecomastia in its early stages, as well as for those individuals very sensitive to the gynecomastia side effect of rising Estrogen levels that might wish to utilize Nolvadex as a preventative measure. This is the primary purpose and function of Nolvadex, and is the primary desired effect that anabolic steroid using bodybuilders and athletes utilize it for. Nolvadex will not serve to block or reduce any other Estrogenic side effects, however, as it serves only to block Estrogenic activity at the breast tissue area (when major Estrogenic side effects are concerned). Nolvadex does not (nor do any SERMs) serve to reduce bloating, water retention, rising blood pressure (as a result of water retention), or acne formation – these are all side effects resultant from increasing blood plasma Estrogen levels. 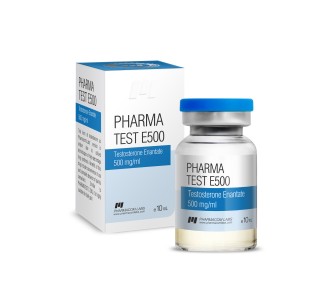 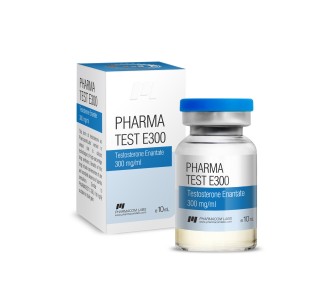